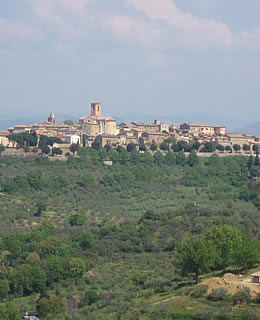 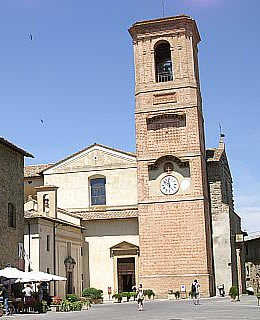 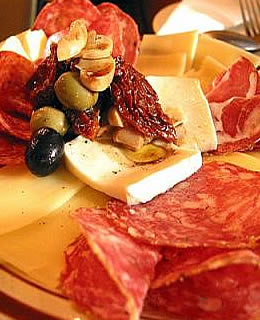 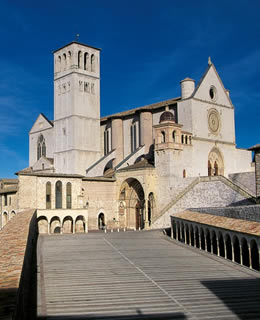 Bettona was once the seat of a bishopric. While legend associates two other bishops with the see, the only historically documented one is Gaudentius, who took part in a synod at Rome called by Pope Hilarius in 465.

Under the Latin name Bettonium the bishopric is listed by the Catholic Church as a titular see.

The Pinacoteca Comunale in the Palazzetto del Podestà (1371) has a painting by Pietro Perugino, the Madonna of Mercy, as well as other works by Jacopo Siculo, Dono Doni, Fiorenzo di Lorenzo and Della Robbia.

Santa Maria Maggiore church, situated in the historical centre, is the main church of the region of Bettona. The Gothic chapel, dedicated to Saint Rita, is the only remaining part of the Roman church. The main altar is in the shape of domed temple, by Cruciano Egiduzio. The apse was frescoed in 1939 by the futurist painter Gerardo Dottori.

The church of San Crispolto was erected by monks to preserve the body of the patron saint (8th century). The current façade is by Antonio Stefanucci.

In the “Oratorio of St. Andrea” is a series of paintings from the school of Giotto, dated 1394, which show the Passion of Christ.

Italian cuisine has developed over the centuries. Although the country known as Italy did not unite until the 19th century, the cuisine can claim traceable roots as far back as the 4th century BCE. Through the centuries, neighbouring regions, conquerors, high-profile chefs, political upheaval and the discovery of the New World have influenced its development.

Many Umbrian dishes are prepared by boiling or roasting with local olive oil and herbs. Vegetable dishes are popular in the spring and summer,[citation needed] while fall and winter sees meat from hunting and black truffles from Norcia. Meat dishes include the traditional wild boar sausages, pheasants, geese, pigeons, frogs, snails. Castelluccio is known for its lentils, Spoleto and Monteleone are known for spelt. Freshwater fish include lasca, trout, freshwater perch, grayling, eel, barbel, whitefish, and tench. Orvieto and Sagrantino di Montefalco are important regional wines.

Italian cuisine has a great variety of different ingredients which are commonly used, ranging from fruits, vegetables, sauces, meats, etc. In the North of Italy, fish (such as cod, or baccalà), potatoes, rice, corn (maize), sausages, pork, and different types of cheeses are the most common ingredients. Pasta dishes with use of tomato are spread in all Italy.

In Northern Italy though there are many kinds of stuffed pasta, polenta and risotto are equally popular if not more so.[31] Ligurian ingredients include several types of fish and seafood dishes; basil (found in pesto), nuts and olive oil are very common. In Emilia-Romagna, common ingredients include ham (prosciutto), sausage (cotechino), different sorts of salami, truffles, grana, Parmigiano-Reggiano, and tomatoes (Bolognese sauce or ragù).

Italian cuisine is also well known (and well regarded) for its use of a diverse variety of pasta. Pasta include noodles in various lengths, widths and shapes. Distinguished on shapes they are named — penne, maccheroni, spaghetti, linguine, fusilli, lasagne and many more varieties that are filled with other ingredients like ravioli and tortellini.

The word pasta is also used to refer to dishes in which pasta products are a primary ingredient. It is usually served with sauce. There are hundreds of different shapes of pasta with at least locally recognized names.

Examples include spaghetti (thin rods), rigatoni (tubes or cylinders), fusilli (swirls), and lasagne (sheets). Dumplings, like gnocchi (made with potatoes) and noodles like spätzle, are sometimes considered pasta. They are both traditional in parts of Italy.

Pasta is categorized in two basic styles: dried and fresh. Dried pasta made without eggs can be stored for up to two years under ideal conditions, while fresh pasta will keep for a couple of days in the refrigerator. Pasta is generally cooked by boiling. Under Italian law, dry pasta (pasta secca) can only be made from durum wheat flour or durum wheat semolina, and is more commonly used in Southern Italy compared to their Northern counterparts, who traditionally prefer the fresh egg variety.

Durum flour and durum semolina have a yellow tinge in color. Italian pasta is traditionally cooked al dente (Italian: firm to the bite, meaning not too soft). Outside Italy, dry pasta is frequently made from other types of flour, but this yields a softer product that cannot be cooked al dente. There are many types of wheat flour with varying gluten and protein levels depending on variety of grain used.

Particular varieties of pasta may also use other grains and milling methods to make the flour, as specified by law. Some pasta varieties, such as pizzoccheri, are made from buckwheat flour. Fresh pasta may include eggs (pasta all'uovo 'egg pasta'). Whole wheat pasta has become increasingly popular because of its supposed health benefits over pasta made from refined flour.

Umbria mystic born with what will be the founder of monasticism: St. Benedict of Nursia (480-547). The monasteries he created have made history and culture of religiosity. Umbria's most important monasteries are St. Peter, in Perugia, Sassovivo near Foligno, Santa Maria di Valdiponte, to Montelabate near Perugia, San Benedetto del Subasio Mountain, near Assisi, Monte San Salvatore and the Crown ' Abbey of Petroia, near Città di Castello.

In the thirteenth century in Assisi it was born two important figures for Catholicism: St. Francis (1182-1226) and St. Clare. The splendid frescoes by Giotto, Cimabue, Pietro Lorenzetti and Simone Martini, present in Assisi basilica, they well understand the power of medieval religiosity and the mystical fervor of the time. In Todi, in the crypt of the church of San Fortunato, Jacopone rests, follower of St. Francis.

To the Benedictine and Franciscan monasteries plus the basilica and monastery of Saint Rita in Cascia, while in Terni we find the basilica dedicated to St. Valentine, bishop of Terni beheaded in Rome in 273. Nor should one forget cited St. Raynald of Nocera Umbra, the Saint Ubaldo Gubbio, St. Pontian of Spoleto, san Feliciano Foligno, and again the Blessed Angela of Foligno, St. Clare of Montefalco, St. Rufino of Assisi, and Blessed Angelo of Gualdo Tadino. Also worthy of mention Mother Hope, founder of the order of "Sons and maids Merciful Love", buried in Collevalenza Todi, and Blessed Vanna da Orvieto, patron of seamstresses and needle workers.

Many Marian shrines, including those of Santa Maria delle Grazie in Città di Castello (sec. XV); Madonna del Transito in Canoscio and Santa Maria della Stella in Montefalco (both of sec. XIX); Santa Maria in Petriolo; Our Lady of La Salette in Salmata [11], at Nocera Umbra; and two dedicated to Our Lady of Fatima in Citta della Pieve and Renzetti (the sec. XX).

Remember, finally, the cathedral of Amelia where the holy relics Firmina are pinned, and the parish church of Sambucetole where there is deposited the body of St. Clement.